The change to age 66 means that there is an increased possibility that workers may find themselves in a situation of being obliged to retire and not being entitled to a state pension for a further 12 months.

Employers usually set their own retirement age. They do so in the contract of employment, through a policy (in the Staff Handbook for example) or by custom and practice.

If the employee’s contract does not provide for retirement at a given age, then the employee could remain employed indefinitely or until the employee sees fit to retire, and the employer would have limited scope to enforce their retirement. Thus, employers should always stipulate a retirement age in the contract of employment.

Certain professions do however have a statutory retirement age such as the Gardaí, the fire fighters and defence forces.

However, new legislation, passed back last December 2015 is changing all of this. The Equality (Miscellaneous Provisions) Act 2015, which came into effect in January 2016, makes a number of amendments to the equality legislation. The most obvious change is that regarding retirement age.

An employer is now required to objectively justify a compulsory retirement age.

Thus, retirement clauses in existing employment contracts will, for all intents and purposes, become void unless they adhere to this requirement.

If an employer forces an employee to retire and fails to comply with these amendments, employers could be brought to the Workplace Relations Commission (WRC) for unfair dismissal or age discrimination.

The onus will be on the employer to show a well-established practice regarding retirement age and one which meets the objective justification criteria.


The amendment brings the Irish position in line with EU Directive on equal treatment and case law from the Court of Justice of the European Union (CJEU) and Irish courts and tribunals. 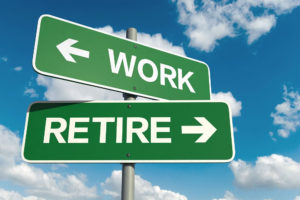 What about using fixed-term contracts after the retirement age?

The offer of fixed-term contracts post retirement will also have to be objectively justified.

The new legislation does not prevent offering a worker past retirement age a fixed term contract after their retirement. However, the end of this contract must also be capable of objective justification.

Such requests should be dealt with on a case-by-case basis with employers being mindful that the granting of such fixed-term contracts may create a precedent for other employees who may request such extensions and may make it more difficult for employers to enforce their normal retirement age.

How can employers justify their retirement age?

An organisation must have well thought out and considered reasoning for the particular retirement ages which they apply to their business.

Reasons which have been accepted by courts and tribunals in the past include:

What can employers do to protect themselves from challenges to their retirement age?

Here are some examples of what employers can do to protect themselves from challenges to their retirement age.