An employer who receives a formal complaint of bullying, harassment or sexual harassment, in writing, or who has progressed through some or several steps in an informal process in attempts to resolve issues, may find they need to institute a formal investigation into the matters.

The article below is a series of tips and pointers for conducting bullying or harassment investigations in the workplace.

Does a Formal Complaint have to be Investigated?

An employer who first becomes aware of an issue when the person puts a complaint of bullying, harassment or sexual harassment in writing does not automatically have to initiate a formal investigation process, even though it is a complaint in writing.

The company’s Dignity at Work policy should indicate that the complaint will be dealt with first informally, then by facilitation and any other informal means that might bring closure, possibly then by mediation and only then by formal means i.e. an investigation, unless it is so serious that the complaint warrants a formal investigation from the start. 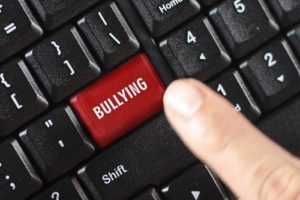 Does a Formal Complaint warrant an Investigation?

The second question which should be on the employer’s mind is, what is the appropriate method for resolving the issue and dealing with the complaint?

A complaint in writing, thus, deemed to be a formal complaint, does not automatically mean an investigation has to be instigated. If it warrants an investigation, then so be it, but the overall preference should be to resort to more informal and semi-formal means to address issues.

An investigation is a very formal, legalistic, time consuming and expensive process in terms of management and investigators time, and should only be instigated after other avenues are explored or where the matters are so serious to warrant an investigation.

The Complaint must be in Writing, Signed and Dated

The complaint should be in writing, signed and dated by the employee making the complaint.

The complainant should provide details of specific instances or incidents, dates, times, what happened, who was present. These should form part of the complaint.

What’s in Scope and what’s Out of Scope?

If the complaint is one, for example, of sexual harassment, then the Terms of Reference should be clear that the investigation only covers that particular section of the Dignity at Work policy and does not cover bullying. Thus, if bullying emerges as a complaint later on in the investigation, it would be deemed out of scope.

Also, if the complaint is made up of say 6 elements, and during the investigation process it emerges that the complainant wants to add in another new element to the complaint, this should not normally be allowed and would be deemed out of scope.

What are the Allegations? 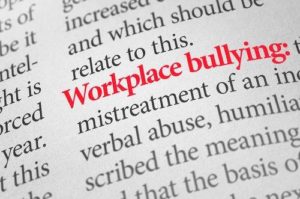 What is the Sequence of Interviews?

The complainant and respondent have the right to have their representative present.

There should be a note-taker, and the interviewee should be given the draft notes and provided with an opportunity to comment. However, the investigator should reserve the right to have final say on the notes.

The investigator should be clear how long the person has to review the notes and revert back with their comments. 5 to 10 days would be normal.

It seems simple to say, but the investigator should always have an open mind.

When the investigator meets the complainant, they may feel a certain way. When they meet the respondent, it may feel different. Witnesses and other relevant parties interviewed may also shed new light on things.

Where possible, investigators should rely as much as possible on hard, tangible evidence. This could include emails between the parties, CCTV (if possible), phone recordings (if possible), witness accounts, and so on.

The investigator may be required to consider matters in light of their assessment of the credibility of the parties.

Where there is contradictory evidence, sometimes from the same party, not just between parties, credibility comes into play and may have to be taken into account.

The investigator will be required to make a decision based on the body of evidence before them and the balance of probabilities.

The latter is not just a 49:51 balance that needs to be taken into account, and especially where there is a possibility of a higher sanction. Where there is a risk of a person losing their job or being demoted or receiving a final written warning, the investigator would need to be much further away from the 49:51 balance.

One or two investigators?

How Can We Help You?

We provide advice and guidance on the proper procedure for conducting Investigations, Hearings and Appeals or we can lead and conduct investigations, hearings and appeals where you may require external, independent, expertise.  Click also on Disciplinary/Dismissal Procedures and Bullying Procedures for more information.

If you are an employer and have any questions, please contact your CollierBroderick HR Advisor, call us on 01 8666426, contact us, or email us on enquiries@collierbroderick.ie.